Rebuilding Australia: How reintroductions and introduced species could help save a continent's wildlife

I am not from Australia, so I have no doubts that whatever I say will be dismissed by at least some people as just the ramblings of an uninformed foreigner. They may be right, but I would like to think that at least some subjects can be mostly, though not entirely, learned from reading and thinking. I have written about Australia before, and in fact I have something of a fascination with the continent for a variety of reasons. One is the most obvious; from a wildlife perspective, Australia is unlike any other continent on present day Earth. The marsupial faunas that (used to) dominate there are the last remaining on the planet, after South America's collision with North America essentially ended the age of marsupials there, and the general cooling of the global climate wiped them out on most continents. In this respect, it offers us something of a look back at earlier times, and gives us a window into the past diversity that marsupials once enjoyed across so much of the world. There is another reason for my fascination with Australia however. It is the only tropical first world country, and certainly the least densely populated one. The great majority of Australia is still wilderness in one form or another. A rich country with magnitudes of uncultivated wilderness and an iconic endemic fauna, that sounds like a great thing, doesn't it? Most of the problems facing wildlife in other tropical countries are at least partly a result of the widespread poverty and corruption in said countries, and while Australia cannot necessarily be completely cleared of the later, it is certainly nowhere near as extreme as in most countries with similar climatic conditions and quantities of wilderness. You would think that the Land Down Under would be an ideal place for nature, a country with a great fauna wealthy enough to protect it. So why is everything going so horribly?

With 11% of its mammalian fauna extinct within just the last few centuries, it has the highest rate of mammal extinctions in the world. On top of that, 15% of the remaining species are also endangered, with more yet more on the verge of being so. All in all, things are not going well for Australia's mammals. The typical explanation for this is that, as an isolated island continent, Australia's endemics are especially vulnerable to introduced species. It was the foxes, goats, and horses that did it, or so the story goes. In this post I will be arguing against that prevailing idea, and continuing on my previous post on Australia in arguing that invasive species are merely a symptom of a wider problem, and that a few of the introductions may in fact be part of the solution. 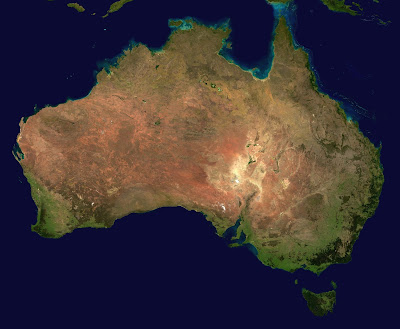 Remembering the past, Letting go of the present, Embracing the future

We don't like change. That is understandable, from an evolutionary perspective whatever situation we are currently in is obviously one that is keeping us alive, and as a result, any potential deviation could be dangerous. If our environment at present is adequately supplying us with food, water, and all our other basic needs, any changes, even those that could be positive, are still bringing risk where there previously was none. An old saying is "if it ain't broke, don't fix it", and that particular mentality may be more deeply ingrained in us than we tend to realize. However, as with so many other parts of our biology, our way of life has changed so radically in such a short span of time that evolution has not yet had time to catch up, and this "now good, change bad" mentality seems to be a leftover from our hunter-gatherer past, and a dangerous one at that. We no longer live in the relatively stable environment we evolved in - change is constant in the modern world, and so attempting to ensure that present conditions prevail is inevitably futile. On top of this, mirroring the changes we have dealt to our own lifestyles, the influences and alterations we have induced upon the natural world within just a few thousand years are vast, so vast in fact that we almost certainly have yet to even fully grasp the consequences of what we have done. The main reason for this is that nature is slow to react - or rather, we are incredibly quick to act. Typically in nature, even if changes in the environment send a species spiraling towards extinction, it can still take thousands if not millions of years before the last individuals die. Likewise, changes in climate almost always cause drastic shifts in faunal and floral communities, but these shifts are not instantaneous. Plants are long-lived and slow to disperse, and so it is not unusual to find communities of plants growing in places where others could grow as well if not better.

What I am trying to get at by saying all this is that even though many of our impacts on the environment are already obvious, their repercussions may take hundreds if not thousands of years to fully manifest. In some cases we can already predict future changes even though they have not yet occurred. An example of this would be several of the species of birds living in our farmlands throughout Europe. Today we associate them with this intensively managed landscape, but comparing present populations to past ones, a downward trend quickly becomes obvious. The populations living in farmlands today are not so much adapted to that habitat as they are relics of a time when different conditions prevailed, mainly the ages before intensive agriculture and pesticides. In time, they will die out, unless another change occurs. The significance of this should be obvious, as it means that we need to be very careful when determining what is in fact any given species' ideal habitat. In Denmark the Goldcrest may almost exclusively live in plantations of non-native conifers, yes, but this is probably a result of the destruction of all native pine forests, not an actual preference for conifer plantations, an environment that does not occur naturally, and thus could never be the ancestral habitat of the Goldcrest anyway. In summary, the present is not nearly as stable as many of us seem to think it is, and any attempts to preserve current conditions on a large scale are inevitably doomed to fail. As we will soon see however, this is not necessarily a bad thing.