We all know how the story of a species goes; At some point it evolves, arising from a previous ancestor. Maybe it thrives and spreads far and wide, or maybe it remains restricted to a small area, persisting in relatively low numbers. If it does gain a wide distribution, it will probably split into multiple subspecies, and eventually, some of these may themselves evolve into what we would term a new species. Eventually however, animals recognizable as members of the original species will go extinct, descendants or no descendants. They disappear from the world, their role in the ecosystem taken by other creatures, or perhaps left vacant if said niches no longer exist. Whatever the case, they are gone. But the borders between extinction and survival are not as solid as many people think. First off, we have the aforementioned situation in which a parent species gives rise to further descendants. If the wild Grey wolf went extinct, Canis lupus would still persist in the form of the Domestic dog and Dingo, and any descendants that they may have. In this way, species with descendants never really go "extinct" in the technical sense, their lineage is carried on, but the distinct morphology and ecology is still lost. Another form of not-quite extinction is called Functional Extinction, when individuals of a species are still present, but persist at so low numbers that they will never be able to recover, and are doomed to eventually die out. An example of this would be the Thylacine, which while officially extinct by 1933, probably continued to persist in low numbers until at least the 50s. Despite this, the species itself was probably functionally extinct as early as the beginning of the 1930s, and by the time the last captive individual, Benjamin, died, the species had already been doomed to extinction for a while.

The type of not-quite extinction I will be talking about today is the concept of relict lineages, groups which, while long past their glory days, still exist in the form of at least a single species. For me to consider a lineage "relict", it must be represented by only a few species, typically only one, and must be in constant but slow decline. Relict lineages can persist for a relatively long time after the rest of their relatives die out, and these few remaining species are termed "late survivors", but if they continue for too long, say more than 5 million years, they are clearly capable of adapting and diversifying, almost certainly possessing quite a large population, and thus not properly considered "relict". In this post, I will be going over some hypothetical late survivors, how and when they may have lived, and why we don't know about them.

The Quaternary extinction is a much talked about subject today, as it is both fascinating in the context of prehistory, and simultaneously important in modern conservation. Typically defined as the rapid decline in global biodiversity during the late Pleistocene up until present, it is sometimes referred to as the sixth mass extinction in earth's history, the previous one wiping out the non-avian dinosaurs 66 million years ago. Personally, I dislike the term Quaternary extinction. The event mostly occurred within the last 50,000 years, making the term "Quaternary" odd, since the Pliocene and majority of the Pleistocene was not involved. Some have also referred to it as the Pleistocene extinction, which is equally incorrect, as it has continued up until the present. I prefer the term "Anthropogenic extinction", and have used it previously, as I believe it is more apt. It ignores the timeframe in which it has occurred, instead describing the primary causal factor, humans.

While it is true that the most dramatic of the Anthropogenic extinctions occurred either during the late Pleistocene or around the industrial revolution, in this post I will be focusing on a very different, but in some ways even more significant period, the early Holocene. The early Holocene is special in that it represents a relatively brief span of time, approximately 5000 years, in which environmental conditions were similar to today, yet direct human influence on the landscape was not. Instead, the most major human influences during the early Holocene were the same as those during the Pleistocene - hunting. While many of the most important megafauna were already gone by the time the Holocene began, several were not, and for just a few thousand years, we got a glimpse of something similar to what the world may have looked like had humans not existed.

Alien species and the future ecology of Australia

First off, the next post will be about prehistory, I promise, this is the last conservation related post for a while. With that said, buckle in, as this is going to be a long one.

Species disperse, this is an universally accepted part of ecology and evolution. Eventually animals will spread from one area to another, and if the conditions in this new habitat are different enough that they favor unique adaptations, evolution will occur, possibly resulting in the creation of a new subspecies. When animals naturally disperse, we tend not to have a problem with it, at least in most cases. Take for instance the Cattle egret. This small Heron has rapidly spread to colonize most of the world, while even just a century ago it was mostly restricted to Africa. This seems to have been completely by its own doing, and thus we have allowed it. Another example of this is the Turtle dove, which rapidly spread from western Asia to most of Europe within a few decades, though it is now declining again. 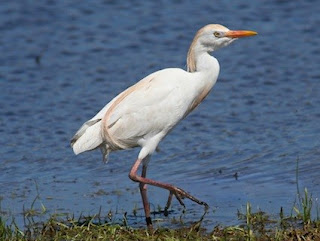 The Cattle egret, conqueror of the world
Read more »
Posted by Tristan at 08:10 No comments:

The world that we forgot

Humans are an inherently short sighted species. We do not think too far into the future, and rarely gaze much further back than our youth. At most, the average person thinks a few decades forward, and a century back, anything beyond that is largely forgotten, or ignored. For conservationists protecting nature, this cone of vision is slightly less narrow, often looking an entire century forward, and sometimes upwards of 500 years back. This allows them to view the general trends these last few centuries have experienced. But it is still a narrow view, and still does not offer one crucial thing; Perspective. Most conservation efforts focus either on preserving areas as they are today, or turning them back at most a few hundred years. Often the time just before the industrial revolution is used as a target, an ideal. In this post I will discuss why to properly conserve nature, one must look much further back, and how this lack of perspective and vision is choking nature today.

The Cairngorms of eastern Scotland

Dawn of Dragons: The life and ecology of early Pterosaurs

Pterosaurs are a very well known group, both fossil-wise and through popculture. While Pteranodon is by far the most well known, Pterosaurs are actually quite diversely represented in popculture, as genera such as Dimorphodon, Rhamphorhynchus, and Quetzalcoatlus are also quite common sights. During most of the Mesozoic, these flying beasts were the rulers of the skies, with global distributions and an incredible diversity of species. But we are not going to talk about the later members of the group today, at least not most of them. This post is about the earliest Pterosaurs, how they lived, and where they came from, for while the media and documentaries tend to focus on the most impressive beasts, the early members of this group were just as interesting in their own right, and offer us an unique look into the evolution of flight. 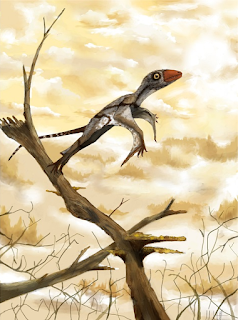